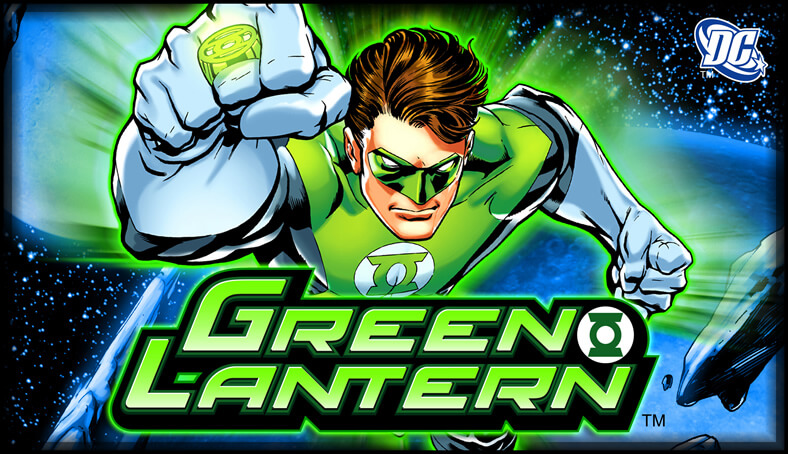 The Green Lantern Corps is a body recruited from across the Universe, to safeguard the powers of Good, and foil Darkness and Evil: powered by lanterns that charge an energy ring given to each corpsman, they are able to harness the power of the Will to project any form of force or object at their enemies. The character has proven to be one of DC Comics most popular (although less so in film adaptation), perhaps because unlike many other superheroes, the Green Lantern has been the alter ego of several people, rather than a single figure: anybody, we are told, can be a force for good, rather than needing to be born with superpowers, or a large bank balance.

The game uses the basic playing cards as the lowest value symbols: next highest in value are the badge of the Corps, and the character of Green Lantern wielding a giant hand. Higher in value than these are a Guardian of the Will, holding a ring with the symbol of the Corps, while the most valuable character is the villain of the story, the traitor Sinestro, who wields the yellow ring harnessing Fear itself. Five of his portrait will net a 10 000 coin payout.

The Wild symbol is the animated Green Lantern in a fabulous 3D effect illustration, with his ring prominently displayed: this can substitute for all except the Scatter symbol, and will double any prize when he appears in a winning combination. 24 Bonus free spins are activated when the Lantern appears on reels 2 and 4, with the Battery in reel 3: these cannot be retriggered, but prizes are quadrupled here when the Lantern appears, making them quite profitable. The Scatter symbol is that of the Lantern’s power ring: 3 of a kind will also trigger free games.

Like Cryptologic’s other DC Comics titles, there is a Bonus Bet feature: not only does this change the game’s background from that of a cityscape to outer space, but it commits a further ten coins to the bet, and adds a further ten pay lines. During this feature, the Power Ring stage can be activated by the appearance of three ring symbols. In this stage, you must battle Sinestro using the power of the Will, as he unleashes his own yellow power on you: defeat him, and you can win up to 100x times the triggering bet, although a consolation prize is also awarded, depending on how far the power of your ring reached during the clash. This feature cannot be triggered during the free spins.

With 31 different permutations for betting, in terms of number of lines and coins wagered, Green Lantern offers something for all levels of slots NZ player: at 20$ maximum bet, and a 10 000x max payout, this is truly a slot that will reward you well, as well as satisfying fans of the comic, and hopefully striking fear into the hearts of evildoers, as per the Code!